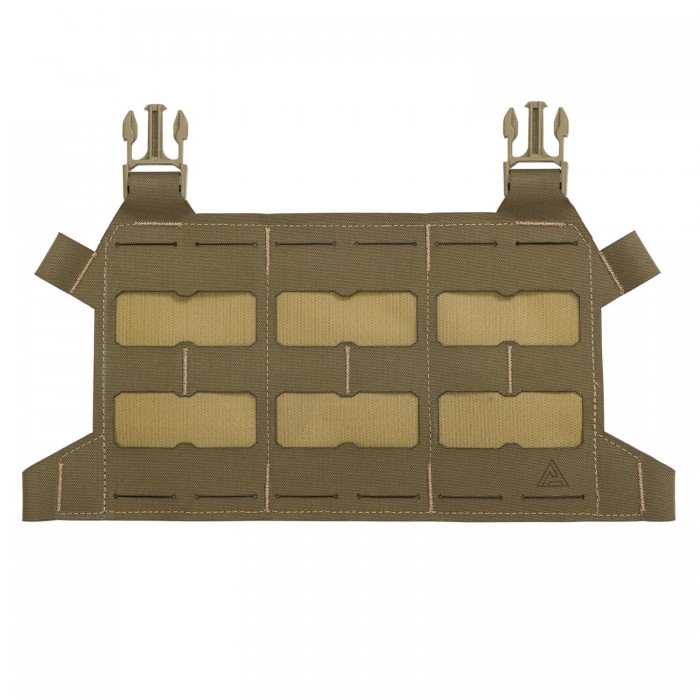 Basic, skeletal flap for our plate carriers, especially BEARCAT® and SPITFIRE® series. Due to the skeletal construction, the flap is not only minimalistic, but also is one of the lightest modular flaps on the market. The flap is covered with laser cut modular system compatible with MOLLE/PALS. The flap can be attached to the carriers via top buckles. The flap can also be easily